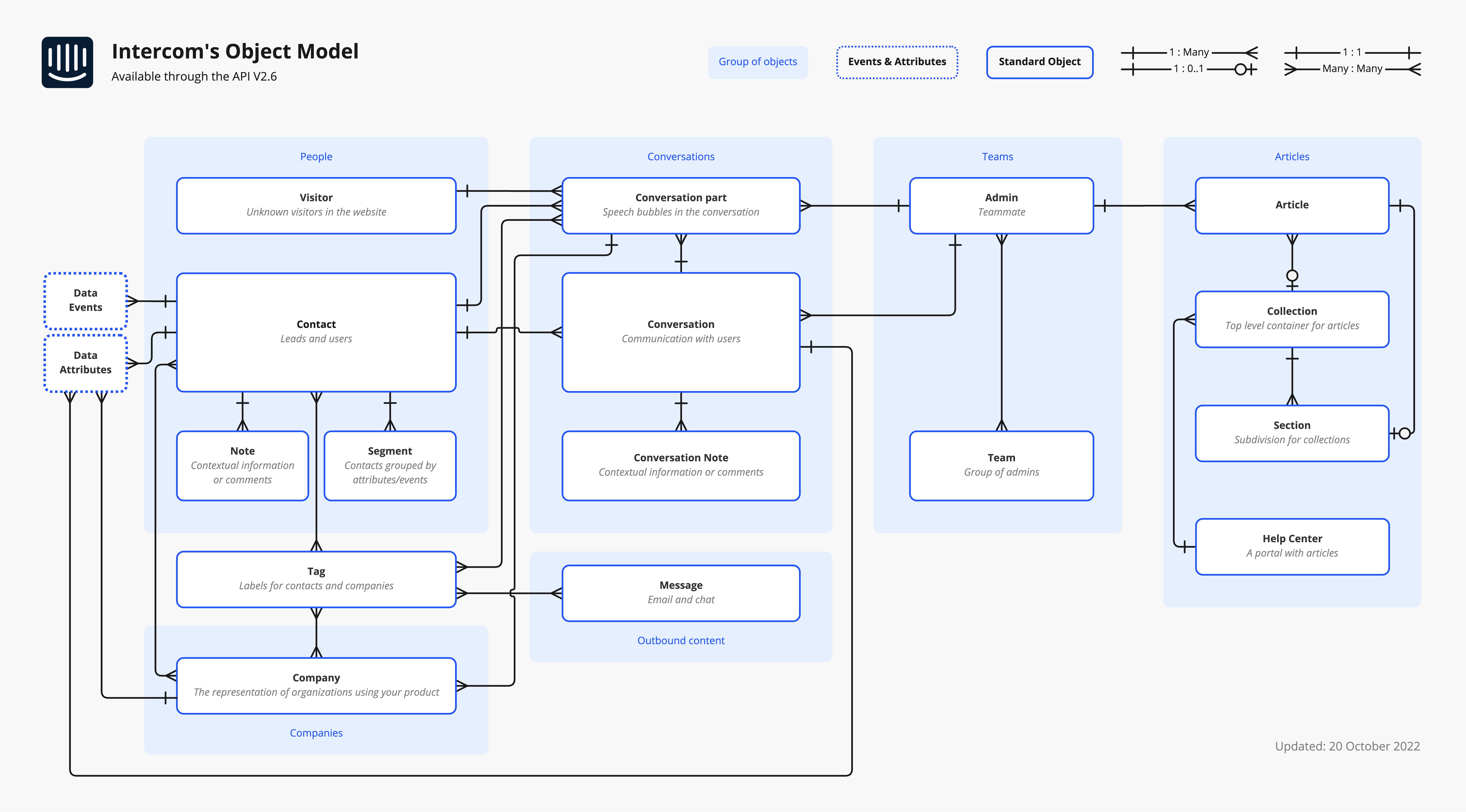 API objects have a type field indicating their object type. Each object in the API may be given an identifier, indicated via its id field, and will typically be addressable via a URI. Many objects will also have a created_at field indicating the object's creation date as a UTC Unix timestamp.

In general clients should be able to handle null and empty fields.

Some object types, such as Events, Users and Companies, have a metadata or custom_attributes field that allows clients to set custom-defined data about an object.